In the context of EMEX, Emerging Media mean new forms of media that neither know established formats nor well-defined workflows and mature tools. In Emerging Media, each project is aventure with the air of pioneering and a volatile plan that may hit a dead end or a breakthrough at any time. It typically needs new connections between so far unrelated departments and sees the emergence of new roles and mindsets.

For both creators and users, emerging media are transformative to the way we perceive and think about the world. We want to educate skilled and reflective media professionals and prepare them for a successful 40+ years career in the ever-changing media business. 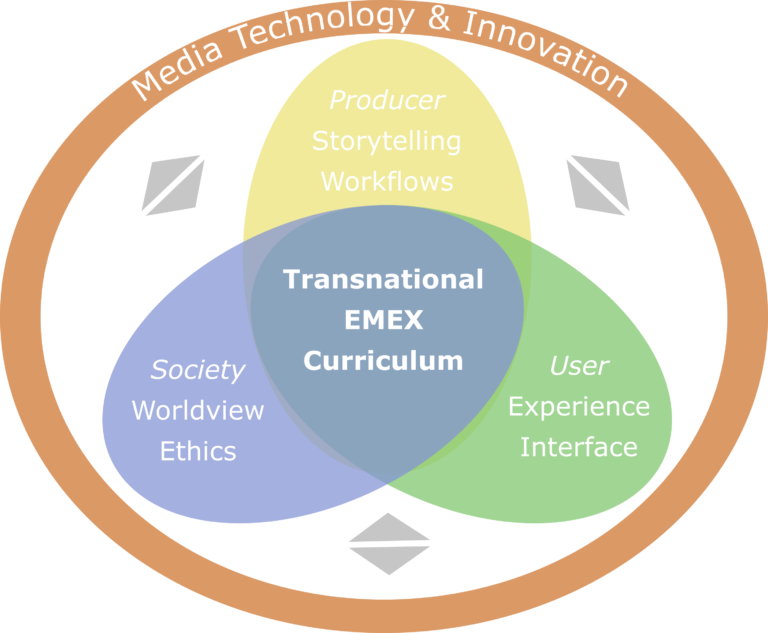 This is off canvas menu widget area. To enable it add some widgets into Appearance – Widgets – Menu Section, and go to Customizer – Main menu to set the icon position.

Useful templates and tools when developing formats for ITV